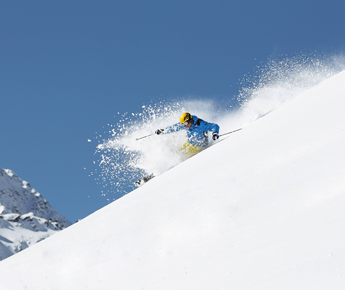 Become the star of the European Freeride Festival: the White Carpet® of Livigno is  waiting for you with great prizes!

In Livigno from 14th to 17th January 2016 takes place the first edition of the European Freeride Festival, a sport event about the mountain culture which is open to all fans of snow, skiers, mountaineers, telemarkers, snowboarders: enthusiastic, gutsy or novice.

There will be emotions on powder but also a Video Contest signed Black Diamond and EPIC TV.

You just have to shoot a video during the days of Livigno Freeride Festival. It can be done alone or with a friend or two; It must be at least 45 "and not longer than 3 minutes. It must be shot entirely in Livigno and has to involve the author or the author with up to two friends, or other participants in the Fest. And the Powder. The first 10 entrants will have provided, for the entire period, Black Diamond equipment. while everyone else can use gadgets while shooting.

But there is more: the prizes for the winners are ranging from clothing and equipment Black Diamond,  the inclusion of video on EpicTV Adventure to an Action Camera Sony or a backpack and tripod Manfrotto.

The appointment is in Livigno on January: the Little Tibet (elected in 2013 best European resort for winter sports) is waiting for you not just to let you enjoy unique days in fresh snow, practicing all kinds of sport, but also to let you become a director, filmmaker, artist and to win the challenge with sport and art.

Get now your freeride pass www.europeanfreeridefestival.com/en

Livigno in winter / 5.12.2015
LA SGAMBEDA, THE RESULTS OF PROLOGUE PROTEAM TEMPO
Artificial snow and sun for the first race of the Circuit Visma Ski Classics. The Norwegian United Bakeries Team won the PROLOGUE PROTEAM TEMPO by a whisker. Also the Olympic and world champions such as Gjerdalen and Aukland participated. All is set for tomorrow's  marathon La Sgambeda, at the start line 900 cross country skiers,  professionals and amateurs.
READ