Artificial snow and sun for the first race of the Circuit Visma Ski Classics. The Norwegian United Bakeries Team won the PROLOGUE PROTEAM TEMPO by a whisker. Also the Olympic and world champions such as Gjerdalen and Aukland participated. All is set for tomorrow's  marathon La Sgambeda, at the start line 900 cross country skiers,  professionals and amateurs.

The full results at this link: http://lasgambeda.r.mikatiming.de/2015/

Tomorrow starts the 26th edition of La Sgambeda Classic which takes place on a 6 km ring that has to be repeated for 4 laps. The race is thus of 24 km race, instead the traditional 35 km. Separated start for the categories Elite Women, Elite Men and Amateurs starting from 9.45. Around 900 cross country skiers are going to be at the start line including the Olympic champion in Turin in 2006, Giorgio Di Centa, and the twins Thomas and Nicolas Bormolini from Livigno. The appointment is at 9.45 with the start of the Elite Women category to be followed by the Men Elite at 10.15 and the Amateur at 11.30. The awards ceremony will take place at 13:30 at Plaza Placheda.

The cross-country ring is 6 km long and is available free of charge. 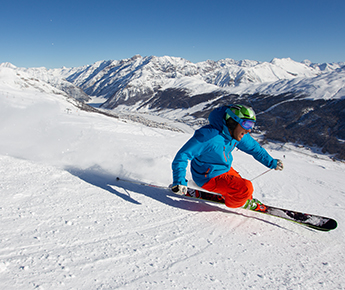 Livigno in winter / 4.12.2015
LIVIGNO, THE SLOPES OPEN FROM THIS WEEKEND
This weekend will open 30km of slopes on 115km,  and 6 km of cross country track on 30. Daily ticket at 24.00 euro while for those that will stay in Livigno more nights, there is the Skipass Free offer.
READ