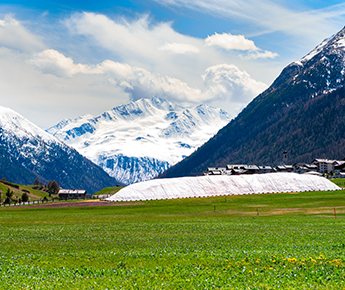 The latest trend? Conserve the snow to use in during the Summer. This is what will happen in Livigno for the event "Trofeo delle Contrade - District's Trophy" on August 26th, when the snow stored from winter, will transform the town center into a big cross-country skiing ring. An event not to be missed which allows to prepare for the fall season of Nordic skiing.

Last year has been a great success. The show of cross country skiing in summer has been really appreciated and involved also bigs of the discipline as the Norwegian champion Petter Northug. This year Livigno will propose again the show on August 26th, when there will be the 36th edition of the Trofeo delle Contrade - District's Trophy, the historical event which will bring on the tracks the Livigno people with vintage skis and clothes, engaged in a circuit that snakes through the shopping streets. (Watch the video of the event: https://youtu.be/CQj0UuP-S4k )


The snow that will be used to prepare the track, has been stored in these last months in the central plain of the town and first covered with sawdust and then with a geothermic cloth, which isolates the air temperature and that reflects sunlight. All this takes the name of "Snowfarm", ie the way of preserving the winter snow during the summer to make it usable during the warm months. After removing the geothermic cloth, the snow will be moved with snowgroomers, brought to the town center and groomed with the traditional tools to create the binary for the race.

Therefore Livigno doesn't renounce to its role as winter resort not even in summer, seeking to transfer to the guests the passion and the love for sports related to the world of snow. The Nordic skiing in particular is the first sports that allows the Small Tibet to open the winter season in Autumn, when many national teams come in Livigno for taking advantage of its 1816 meters and start training (last year were in Livigno the National teams from Italy, Russia, Poland, Switzerland and Norway).

Thanks to the high altitude of the town and of the cross-country tracks, already in October we can start to prepare part of the tracks dedicated to Nordic skiing, which are also covered with artificial snow, and from this year also with the snow conserved with the Snowfarming system. In this way Livigno ​​become over the years, the reference point for the Autumn training for the first World Cup races and the international nordic marathon.

Opening part of the cross country tracks in Autumn, as well as draw athletes from all around the world, is also an attraction for tourists and fans of the sports, that can ski side by side with the best athletes in the world and also take the opportunity to try the latest skis and equipment thanks to the numberless organized ski-tests.

At the end of an Autumn full of cross-country skiing, Livigno organizes on the 3rd December La Sgambeda, a classical marathon race, which attracts thousands of enthusiasts and open the european race season (for more info: www.lasgambeda.it). Registrations are open since the 1st June, and all participants of the last five editions of The Sgambeda will be gifted with a 30% discount on the fee of 2016. To receive the discount,, once the online registration is complete, you can simply insert the discount code, sent by email, in the dedicated box. The promotion is valid until the 31st July 2016. 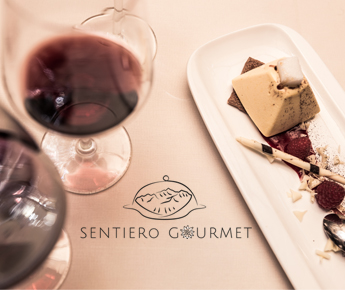 Culture / 1.06.2016
GOURMET PATH: GASTRONOMY EVENT IN LIVIGNO
Nature and food go together in the first edition of "Sentiero Gourmet - Gourmet Path" scheduled on July 14th. A taste experience that is intertwined with the discovery of one of the loveliest corners of Livigno. Everything in the magic of the moonlight.
READ