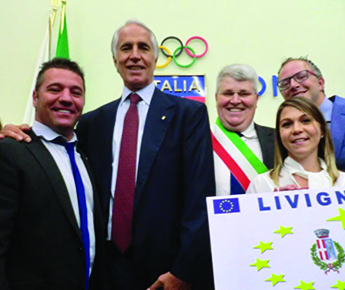 The Official European Cities of Sport nomination ceremony was held today in the Salone d’Onore of the CONI building in Rome.

“We are incredibly proud of this important acknowledgement,” declared Mayor Damiano Bormolini and Deputy Mayor Remo Galli, “and want to continue with our work of turning Livigno into an out and out reference point in the world of sport. For champions, of course, but also and primarily for our kids who absolutely have to believe in the educational value of sport. This nomination has given us even greater energy as it further strengthens the relationship between Livigno and the world of sport.”

“The nomination repays us for the huge amount of work we’ve been doing,” declared Livigno tourist board Chairman Luca Moretti, “in order to ensure that Livigno is identified as an Active resort, and voted for sport. I’m increasingly more convinced that sport is one of the most incisive tourist marketing leverage tools and we’ll continue along this route to develop Livigno further. Our dream is to turn it into an Olympic preparation centre at altitude, and we believe we’re on the right track in order to do just that.” 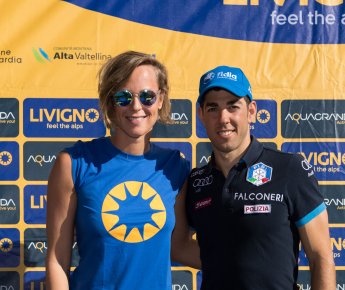 News / 18.10.2017
LIVIGNO OPENS CROSS-COUNTRY TRAIL WITH FEDERICA...
Cross-country season in Livigno officially begins with a meeting attended by the press and a number of sporting champions.
READ