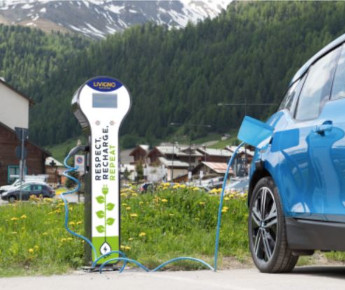 Livigno reinforces its commitment in favour of sustainable mobility with a new initiative: next 31 March, stop to the use of motor vehicles from 10 am to 5 pm

The Municipality of Livigno, in agreement with APT and ATC Livigno, and with the Skipass Association, has called for Thursday 31 March an awareness day called "Traffic Free". The initiative will take place from 10.00 to 17.00, in the centre of Livigno, and aims to promote the use of public transport, enhanced for the occasion, in order to make the country more livable. The affected areas, subject to total closure will be: via Saroch, via Borch, via Pedrana, via Pizabela, via Svanon, via Confortina, via Rin, via Pozz, via Vinecc, via Toiladel, via Piceir, via Isola, via Fontana, via Boscola, via Prestefan, via Sant'Antoni, via Plan, via Bondi (from the intersection with via Plan - via Sant'Antoni to the Mottolino roundabout), via Pontiglia, via Pienz, via Taglieda, via Crosal, via Li Pont (from the intersection with via Pontiglia to the Santa Maria Schools roundabout), via Dala Gesa, via Ostaria, via Botarel, via Domenion, via Beltram, via Olta, via Canton, via Molin, via Campacc, via Pemont (from the intersection with via Dala Gesa to the Li Pont roundabout).

The Traffic free day is part of a wider project, which sees Livigno at the centre of a green renewal. Always attentive to the environment and to the care of its landscape, the municipality has decided to take a further step in this direction. Already in the past years, thanks to the partnership with Repower, Livigno has put into operation five Repower PALINA, the columns for the simultaneous charging of electric vehicles, in addition to those already existing throughout the territory, as well as several Repower BITTA for the fast and easy charging of e-bikes. The distribution of the recharging stations is strategic and designed to serve the entire territory, so that at any point in the country motorists and bikers can recharge their means of transport and proceed with their itinerary.  In order to reduce the pollution caused by the frequent passage of cars in the valley, Livigno has also made the public transport service between the different areas of the village totally free of charge: in the winter period there are four bus lines and two in the summer period; during the whole year there is also a free transport service connecting Livigno to Trepalle.

In addition, the municipality of Livigno in partnership with the Lombardy Region, the Sondrio Public Transport Agency, Italy and Switzerland has set up the Omni-BUS 4.0 project to promote the creation of a modern, integrated and sustainable cross-border public transport system in the Alps. As part of the Interreg V Italy-Switzerland cross-border cooperation project, OmniBUS 4.0 touches a crucial node in relations between the two countries: mobility and accessibility, which is fundamental for citizens and workers, but also for the many tourists who travel between the Province of Sondrio and the Canton of Graubünden. By enhancing the public transport network and stimulating interconnections between the various operators - trains, buses, shipping companies and cableway operators - the project aims to increase the number and quality of transport services offered to local users and tourists, promoting the development and accessibility of the area and favouring low environmental impact travel. 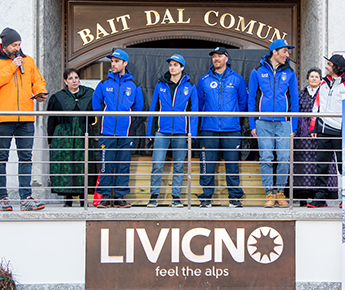 News / 25.03.2022
LIVIGNO CELEBRATES ITS OLYMPICS: FROM BEIJING 2022 TO THE...
Commemorative plates were consigned to the athletes and technicians from Livigno who took part in the Winter Games, starting the four-year period of Milan Cortina.It was a real embrace between the community and its most awaited protagonists, the one that took place, in the form of a party, in the streets of the city center, on Thursday 24th March 2022.
READ