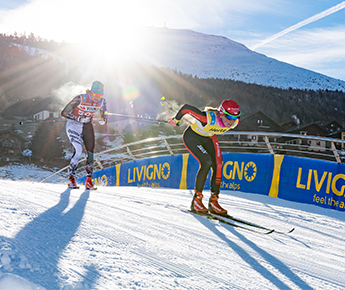 The 31st Sgambeda is almost sold out! The appointment for adults and children

In Livigno lights are turned on for the next festivities and for the cross-country skiers
Last 50 places available for the race of 4 December.
At the start also Pankratov (RUS) and the top skiers of Team Robinson Trentino
Confirmed the Minisgambeda for the future champions on Sunday 5 December

As it has been happening for more than 30 years, at the beginning of December there is an unmissable appointment for cross-country skiing lovers, who can give themselves the classic Christmas present in advance: putting on their skis for the first race of the season in Livigno. It will happen soon, on 4 December, and there is not too much time to wait for the fans because there are less than 50 bibs available for this long-awaited 31st edition of the Sgambeda, whose starting ribbon will be raised on Saturday 4, for a 35 km challenge of pure passion in skating.

There are not only amateurs and athletes with a glorious past like the Piccolo Tibet champion Marianna Longa, but also people of the caliber of the Russian Nikolaj Pankratov, an authentic champion of a few years ago, who has a silver and a bronze medal around his neck in the relay race and who boasts three victories, six second and three third places in the World Cup. He was born in 1982, certainly no longer very young but with a physique sculpted almost specifically for granfondo races. He could be one of the favourites, but scrolling through the entry list we discover that the Sgambeda will be the first appointment of the season for the Team Robinson Trentino, which gathers the Pro Team of Ski Classics for a test in the mountains. The two Norwegians Patrick Fossum Kristoffersen and Thomas Gifstad and the Russian Dmitry Bagrashov have booked a pectoral, but also the girls of the team led by Bruno Debertolis aspire to more than just an appearance: Nicole Donzallaz (SUI), Frida Erkers (SWE) and Chiara Caminada: it's true, they are all experts in classic, but they know how to slide well also in skating.
The home champion Marianna Longa doesn't want to hear about ranking, for her as for hundreds of fans the Sgambeda remains a great opportunity to ski in a real paradise of cross-country skiing for pure fun.

On the following day, Sunday 5, the event dedicated to the youngest cross-country skiers is confirmed with the Minisgambeda for the categories Under10, Under12, Under14 and Under16/18 in the Cross-Country Stadium of Livigno. The course will be of different lengths according to the age of the participants, from 1 km for the youngest to a maximum of 6 km for the higher categories. The starting time of the Minisgambeda is fixed at 11.00 a.m., followed by the prize giving in the arrival area. Last call for entries is on Friday 3 December at 19.00 at the Apt of Livigno, while the fee of 10 euros can be paid at the bibs' collection.
Regarding the Sgambeda, the registration fee for the amateurs is 60 euros. You have to hurry because, as anticipated, the bibs are very few! 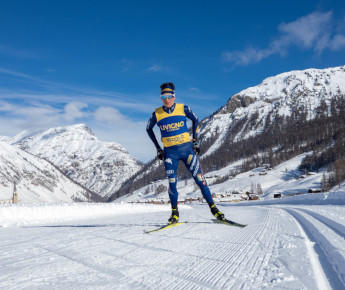 News / 23.11.2021
LIVIGNO HOSTS THE THIRD STAGE OF THE ITALIA GAMMA CUP ON...
On 3 December the third stage of the Coppa Italia Gamma Livigno organises the two races for the Senior category Snow-covered Livigno is beautiful for the festivities and calls for the Italian team. The race of the Italian Cup... fires the match for the 31.a Sgambeda
READ