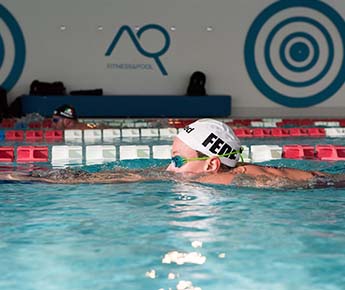 THE ITALIAN NATIONAL SWIMMING TEAM IN LIVIGNO: IN THEIR SIGHTS THERE ARE THE TOKYO OLYMPICS

Among the lanes of Aquagranda also Federica Pellegrini, Simona Quadarella and Gabriele Detti, to set the approach to the great event with 5 Circles.

A winter of fire has crowned Livigno among the favorite destinations of the greatest skiers of the circuit to complete their training and preparation for the World Cup stages.

Among the many stars who only a few weeks ago chose Valtellina to complete their preparation for the finals in Lenzerheide, there was also the Olympic champion and multiple world champion Mikaela Shiffrin, who was pleasantly surprised by the excellent organizational machine of the Small Tibet.

Livigno's slopes that during the coldest months of the year have hosted several national selections, starting from the Italian team, which has been able to enjoy cutting-edge facilities and an almost always clear and ideal visibility. Also the snowboard and freestyle teams were present, and they started to taste the Olympic scent, in view of the 5 Circles event of Milan Cortina 2026, which will be held in Livigno.

In the meantime, even if the snow has not yet left the valley, the champions of the summer sports are already ready to give way to the lords of winter, starting their Olympic countdown towards Tokyo 2021, within the sports facilities of Livigno.

Two different training groups of the major national swimming team will work in April at the Aquagranda sports center, which hosts a 25-meter pool and a state-of-the-art gym. The facility, located at an altitude of 1,816 meters, offers the perfect solution for this time of the season, allowing the “blue team” to complete their training in the most famous Italian center for altitude training.

A few days after her fifth qualification for the Olympic Games, also Federica Pellegrini comes back to Livigno, for a fundamental and by now unmissable stage of her routine of approach to the great appointments.

In the water in these days also the World Champions Gabriele Detti and Simona Quadarella, who among the lanes of Aquagranda will build important bricks in view of the Japanese Games.

Together with them, there will also be a large group of young talents, including the names of the two most recent qualifiers for Tokyo 2021: Sara Franceschi and Alberto Razzetti.

For all of them the next appointment is in May, with the European Championships in Budapest, the last international event before the departure for the next Olympics.

Livigno, therefore, changes its dress, lightening its outfit and diving with enthusiasm into the hottest season of the year.  Swimming kicks off a new phase of the Olympic path, waiting to move outdoors thanks to the arrival of the champions of athletics and cycling.

Livigno is an absolute excellence, that crosses all the 12 months of the year, offering the best possible solutions to the Italian athletes, who go up to the mountains to build their dream of greatness in the shadow of the Valtellina mountains. 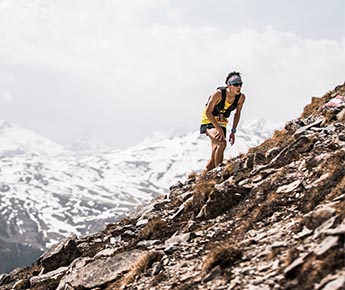 News / 9.04.2021
LIVIGNO SKYMARATHON 2021
The event will be held Saturday 19 June over 2 distances: 17 km and 34 km. Save the date! After the forced stop in 2020, the Skyrunning World Series circuit is ready to start again with one of its most spectacular races: the Livigno Skymarathon.
READ