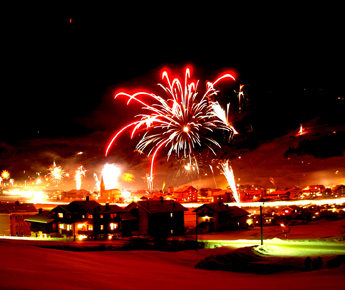 From dinner in a mountain refuge, to the après-ski party, from torchlight parade on the skis to fireworks: New Year's Eve in Little Tibet is the most popular of the Alps.

According to Tripadvisor users, Livigno and Rome are the two most popular Italian destinations to spend the New Year's Eve. The reasons? Livigno is one of the few ski resorts where you are sure to always find good conditions for skiing. Its slopes, ranging from 1816 meters in the town to 2900 meters, are now almost all open from November and the present situation of the snow is 28 cm in the town and 125 cm up in the mountains. Open also the 30 km of cross-country tracks. The center of Livigno, lit and decorated for the Christmas holidays, bring people to a fairy-tale dimension whose key elements are the mountains, shopping, sports, nightlife, food&wine and traditions.
On December 31, Livigno will be illuminated by the torches light of the ski instructors and guests' traditional torchlight parade , where the old year will be "burned" to illuminate and greet the new one (appointment at 18.00 at Campo Scuola 23).
Up in the mountains the New Year's Eve will be celebrated with parties in mountain huts, such as the one at Camanel di Planon, on the Mottolino slopes, reachable by snowmobile, while Carosello 3000 proposes the New Year's Eve party at the Après-Ski Stalet, from 21.00 until dawn.
Between Christmas and New Year's Eve many the initiatives along the downtown streets: in via Fontana on 21st and 30th December from 17.00 to 20.00 there will be Santa Claus who will offer passers tea, chocolate, mulled wine, crepes, hot pancakes and many surprises . On21st December stores open until 23.00 for the "Night Shopping", a live nativity scene will be set at 20.30 and will follow the children parade of Grouppo Folk. December 30th is dedicated to the fire spectacle, from 17.30 to 18.30, while at the Campo Scuola 23, from 21.00, will take place the Scuola Centrale ski instructors show.
In Plaza Mottini Santa Claus arrives the 26th December, while on 20th and 28th there will be the pipers and the 9th of January historic cars parade along the way. The Christmas market, in the square of the Santa Maria Church, will be open until December 23, from 10.30 until 18.30.
The Livigno Music Band, conduced by Andrea Fioroni, in the company of the Brass Band of Zernez (Ch), will greet the old and the new year with the "Concert Under the Tree" the 29th December s/o Plaza Placheda at 20:45. 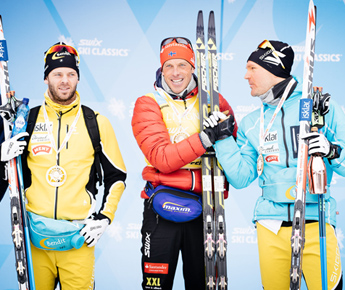