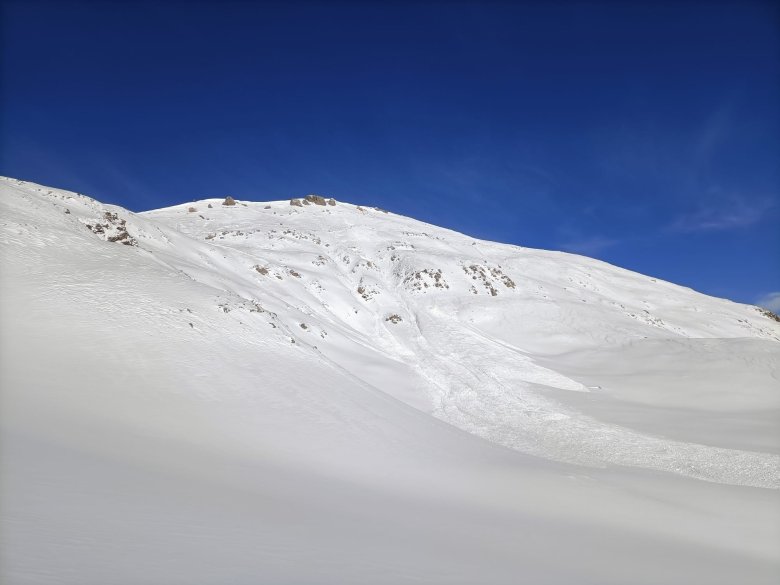 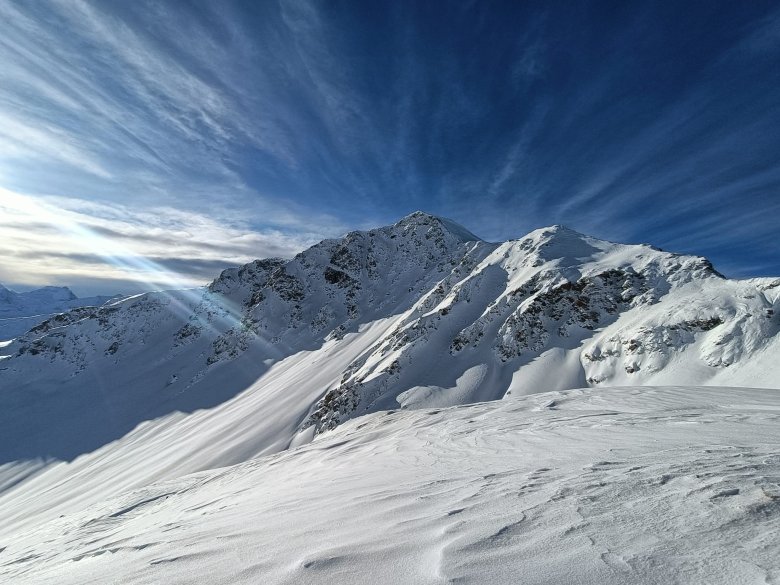 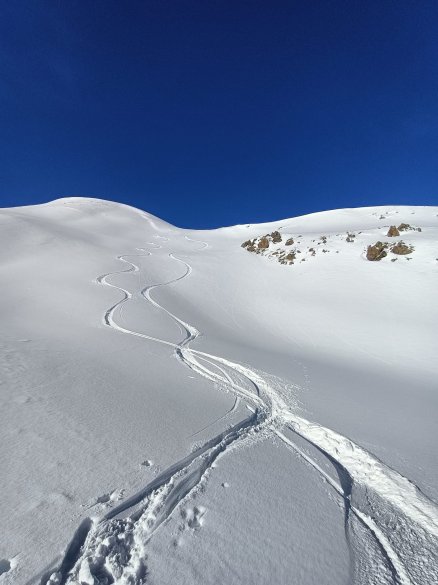 powder track away from ridges 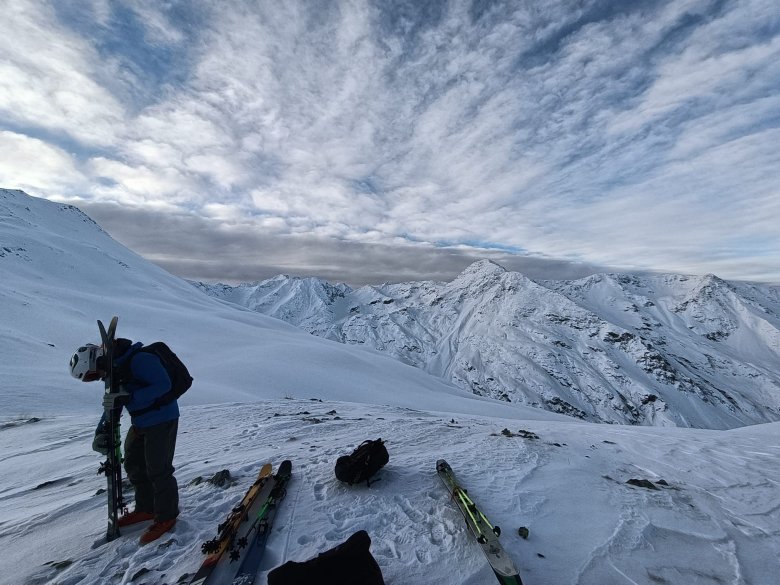 SNOW QUALITY
Above the treeline the surface is wind affected, alternating wind-accumulations and sheltered areas with 10-20 cm of new snow nice for skiing; ridges are eroded. Below the treeline, locally, you can find good snow for skiing, but it remains possible to hit rocks as you descend or move on the southern slopes, it is recommended to ski on shallow slopes with grassy ground cover. Furthermore, in the southern slopes and at low altitudes the snowpack is still strongly below average.

SNOWPACK STABILITY AND AVALANCHE OBSERVATIONS
Above the treeline, along all the aspect, there are medium-sized unstable wind slabs that stand on persistent weak layers and can easily generate slab avalanches. Locally, avalanches may involve the weak layers even deeper and increase dangerously in size. The avalanche danger was 3 - considerable all the week, and the main problem was wind-slabs until Wednesday, followed by persistent weak layers in the remaining days. Medium-sized spontaneous avalanches occurred early in the week, mainly on the eastern slopes, and 2 large avalanches: one on the Eastern slopes and one on the Southern slopes. Some small-sized avalanches were triggered with light load.

SNOWPACK
Above the treeline, wind-blown snow accumulation or 10-20 cm of new snow covered a snowpack characterized by persistent weak layers alternating with melt-freeze crusts or old wind slabs; the snow-surface is wind-affected and ridges are eroded. Below the treeline and on southern slope, the thickness of the snowpack is poor and inside, the snowpack is characterized by melt-freeze forms already affected by constructive metamorphism; a layer of new snow is present on the surface along all the aspects.

WEATHER
The beginning of the week was characterized by Southerly and Westerly winds even of strong to moderate intensity, the second half, however, was characterised by a North-Easterly wind circulation that alternated between moderate and light winds. Temperatures, except for the weekend of 21-22 where they were cold for the period, were in the average range. 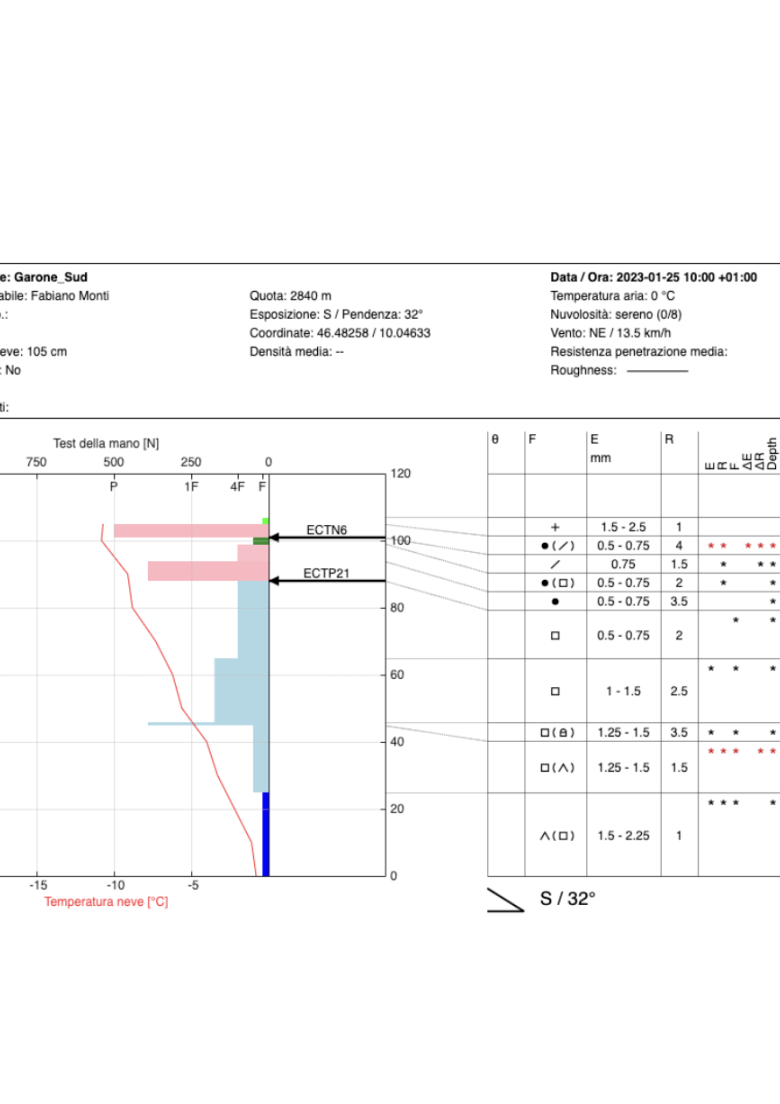