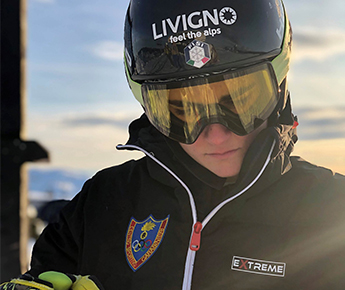 THE EUROPEAN CUP SHOW LANDS ON THE SNOWS OF LIVIGNO

In program two women's giant slaloms, in the morning of 27 and 28 February: in race also the athlete of Livigno Jole Galli.

The great spectacle of alpine skiing will fill the Livigno's weekend with emotion, thanks to a double stage of the European Cup, that lands on the snows of the Piccolo Tibet.

There will be two women's giant slaloms to mark the debut of the Valtellina resort within the prestigious circuit, which for years now has been providing young talents from all over the world with an important showcase, where they can begin to be known and appreciated by the general public of winter sports.

The European Cup, in fact, has always been a fundamental viaticum for the technical and athletic development of tomorrow's champions, who begin on its snows to breathe the rarefied air of professional sports, before trying to make the final leap into the circuit of the "greats".

If all the great names of the world alpine skiing, before deserving a chance at the highest level, gain experiences among the poles of the European Cup, today, with the continuous increase of the level of specialization of the youngest athletes, it is more and more common to see these budding champions testing their skills in the World Cup at a very young age, evaluating the best solution depending on the single appointment and thus raising exponentially the level of the European Cup itself.

Such is the success that, in contemporary skiing, it is increasingly common to see athletes who take the opposite route, and even though they are regulars at the World Cup, they decide to include European Cup stages in their seasonal program, to test themselves on different slopes and snows.

It will be a unique occasion to admire some of the brightest and most promising talents of the whole world who, in search of important points for the specialty and overall ranking, will show all their qualities on the slopes of Livigno. Among them, a particular attention will be reserved to the home athlete, the promising Jole Galli, who will have the privilege to ski on the snows she knows best.

Despite the fact that the event will be behind closed doors, and therefore without an audience, all eyes will be focused on the Valtellina resort.

Both giant slaloms will be held on the suggestive Tagliede - Li Zeta slope, owned by Sitas, which during this season has done its utmost to keep the facilities open, thus allowing the athletes to continue training even in such a complex context as the current winter.

It is no coincidence that in Livigno, on the same slope, the Italian Winter Sports Federation has scheduled several training sessions for the elite teams, so that the Italian champions can enjoy the immaculate snow of Valtellina and the state-of-the-art facilities.

A guarantee of excellence that is well testified by the presence, in these days, of some national teams, that have chosen Livigno for their training at the end of February.

A weekend full of talent, skiing and the amazing landscape of Livigno is waiting for us, which will be the scenery of the usual organizational and logistic perfection. A scenario in continuous evolution and growth, in which Livigno does its best to organize and host important international events, to work out and train in view of the great Olympic goal of 2026.

Everything is ready for Livigno's debut in the circuit of the European Cup, and according to the list of participants, there will be a lot of fun. 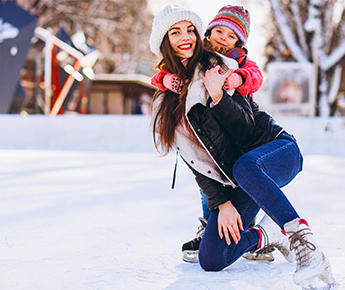 News / 17.02.2021
LIVIGNO, THE NON-REOPENING OF THE LIFTS DOES NOT STOP THE...
Cross-country skiing, snowshoeing, fat biking and extreme and adrenaline activities: Livigno offers all the ingredients for the perfect stay on the snow even with closed lifts. The winter season does not stop: many services and ad hoc cancellation policies created for visitors.
READ